The Board of the non-profit Hertie Foundation has commissioned the Frankfurter Gesellschaft für Unternehmensgeschichte mbH (GUG) to conduct an academic study on the history of the Foundation’s assets. 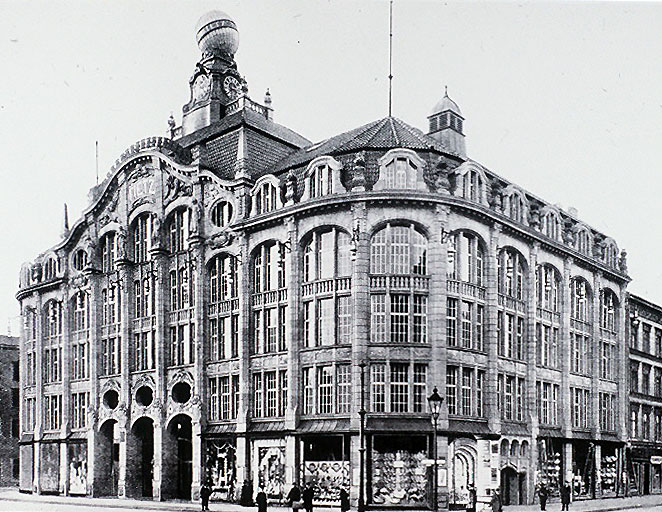 The study also will address questions about Georg Karg’s role in the operation of the Hertie department stores during the Nazi era as well as the restitution proceedings after the war and the out-of-court settlements between the Tietz and Karg families.

The study will be based on both detailed research in archives, as well as historical analysis. Preliminary studies conducted over Summer 2020 revealed that the quality of the sources that will be used for this study is better than previous preliminary studies had revealed. The GUG is delighted to have secured economic and social historians Dr. Johannes Bähr and PD Dr. Ingo Köhler to lead the in-depth research and historical analysis. Both are experts in the field of “aryanisations” and have done extensive research on this time period in German history. Their study will be published in the form of a book and is expected to be completed in 2022.

The commissioning of the GUG ensures the highest degree of integrity and neutrality. The GUG and the Hertie Foundation have agreed on scientific independence, and the GUG will hold all rights to the research results.

“The process of internal discussion and coordination has taken longer than hoped, but we remain true to our commitment: the Hertie Foundation will be open about its past. In that spirit, an independent scientific study, conducted in full transparency, will give clarity that we seek,” said Frank-Jürgen Weise, Chairman of the Board of the Hertie Foundation.

Between 2021 and 2024, the Karg Foundation will sponsor its own independent research project on the ‘History of the Hertie Department Store Group from 1882 to 1993’. For this project, the company’s history in the Third Reich as well as the histories of both the Tietz and the Karg family will be fully reviewed. The results will be published when they are completed.

Die Gesellschaft für Unternehmensgeschichte e.V. (GUG) is an internationally recognised scientific institution for the support of research in corporate history. It publishes the Journal for Corporate History and awards the Prize for Corporate History. In June 2012, the GUG e.V. founded a wholly-owned subsidiary - the GUG mbH - to carry out contract research, build corporate archives and provide consulting services in the field of corporate history. GUG mbH (unternehmensgeschichte.de)

Johannes Bähr has been adjunct professor at the Goethe University Frankfurt am Main since 2012. His research focuses on corporate history, banking history, the economy in the Third Reich as well as German and European economic history after 1945. Goethe-Universität — Apl. Prof. Dr. Johannes Bähr (uni-frankfurt.de)

Since 2019 Ingo Köhler has been coordinating the research project “Experiences and Expectations. Historical foundations of economic activity” at the Humboldt University of Berlin. Köhler's current research focuses on consumer society between the 1930s and 1970s. He has focused on the history of family businesses in German-American comparison as well as on the process of “Aryanisation” of Jewish commercial property under National Socialism. Dr. Ingo Köhler — Sozial- und Wirtschaftsgeschichte (hu-berlin.de)

About the Hertie Foundation

The work of the Hertie Foundation focuses on two main topics: Studying the brain and strengthening democracy. The Foundation's projects provide exemplary impulses within these areas. The focus is always on the people and a concrete improvement of their living conditions. The non-profit Hertie Foundation was established in 1974 by the heirs of the department store owner Georg Karg and is one of the largest ideologically independent and entrepreneurially unaffiliated foundations in Germany. www.ghst.de